The J. A. Juleen Studio operated as one of Everett’s most important commercial photo studios from 1908 to 1954. John Juleen ran the business from 1908 to 1935; John’s wife Lee (Lena Dalquist Juleen) took over after John's death, and ran the studio until she died in 1955. During its years of operation, the studio produced thousands of images of Everett businesses, industry, residents, street views, and local scenery. Juleen's street and scenery photography was so popular that many images were issued in a successful postcard collection in the 1930s.

Juleen used a Kodak Cirkut panorama camera as early as 1909 and was one of the first photographers to take aerial photos of Everett and Snohomish County. One ride nearly proved fatal when a plane he chartered, piloted by the Commercial Air Transport Company, flew too low over the Everett harbor and nosed into Port Gardner Bay. Both Juleen and the pilot escaped but were barely pulled from the sinking aircraft in time. Juleen was also known to have taken motion pictures, but none survived.

Born in Whitehall, Michigan, January 19, 1874, John Juleen began his career as an electrical engineer. He moved to Seattle in 1907 to follow that line of work, and in April of 1908 was sent to Everett to open a local office for the Seattle Electric Company. Turning what had been a photographic hobby into a business, Juleen opened his first photo studio in Everett’s Colby building, located on the southwest corner of Hewitt and Colby. Later Juleen Studios were located in the Eclipse Building at 2810 Colby in 1912; 1709 Hewitt Avenue, circa 1921; and 2930 Rockefeller in 1923. For a time, Lee Juleen operated the studio in Everett’s Bon Marche building.

John Juleen died in July 1935, in the midst of the Great Depression. Lee continued the studio’s portraiture and hired talented regional photographer Everett Murray to continue the commercial views. Murray won prizes for his industrial photography. 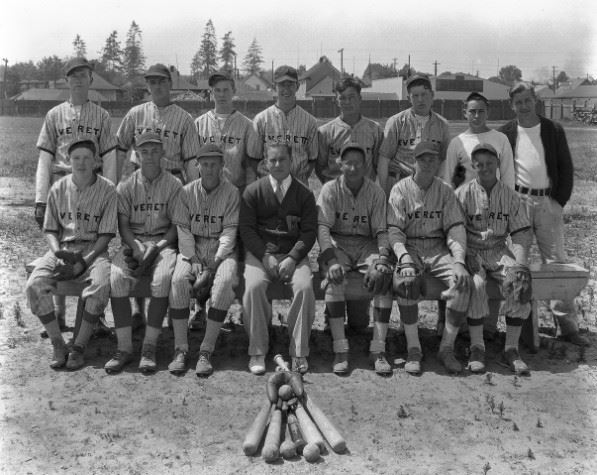 About 5,000 Juleen Studio images, (negatives and prints), were given to the Everett Public Library in 1978 by retiring photographer Don Pringle. The earliest of these views were captured on 5 x 7 glass plate negatives. Most items in this collection, however, are 5 x 7, 8 x 10 and panorama format nitrate negatives. The library has only a small number of Juleen postcards, although the collection contains numerous negatives that were used to produce them. Juleen postcards were made as actual photographic contact prints; only a few were mechanically reproduced. These postcards appear in many private collections.

Besides the studio’s legacy in documenting 1920s and ‘30s Everett and Snohomish County, other highlights of the collection include early views taken at the Tulalip Indian Reservation; 1910 photos of the wreckage following the train avalanche at Wellington, Washington; and views of equipment made by the Sumner Iron Works.