The lush peninsula at a site named Port Gardner Bay was for centuries home to Native Americans of the Snohomish tribe. Following the Indian Wars in the 1850s, the Snohomish and other local tribes restructured as the confederation known as Tulalip and were moved to a reservation established at Tulalip Bay.

Non-Native settlers came to the peninsula to homestead and extract local timber and ore. Nearby mills such as the ones at Port Gamble and Utsalady found that this location provided easy access for cutting and transporting timber, and for two decades the area was logged.

In the fall of 1891 work crews began clearing land to build an industrial boom town planned and funded by East Coast and local investors; it was hoped that the Great Northern Railroad would choose the site as its terminus. Named after the son of investor Charles Colby, Everett was planned with a diverse economic base that included a paper mill, a nail factory, a bargeworks, and a smelter to refine the ores that were expected to come from the Cascade range town, Monte Cristo. Lumber and shingle mills also began business near the waterfront.

Everett was incorporated in the spring of 1893, however development was soon curtailed by a nationwide financial panic. During the next five years many community services such as hospitals, schools, and libraries were founded in response to the needs of Everett's inhabitants.

A new economic boom in 1900 solidified Everett's form as an industrial city. By design, Everett set aside most of its waterfront for industry that included lumber and shingle mills, wood product manufacturers, iron works, shipbuilders, fisheries, and canneries. There was even a brewery and a shoe factory. Expansion coincided with the arrival of new immigrants, and the city's population tripled over the next decade. Though Canadian and German newcomers accounted for the greatest number, the Scandinavian community seemed most cohesive, creating a comprehensive network of support. 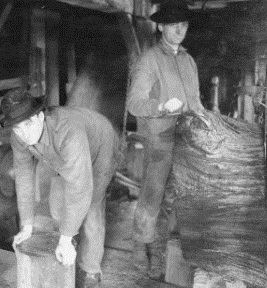 By World War I Everett was dominated by the lumber-shingle trade; by the 1920s it had become a well-established regional and international port. This period of prosperity lasted until the Great Depression. Everett's lumber and shingle industry slowly gave way to the paper making era of Weyerhaeuser, Scott, and the Lowell Paper Mill. As the timber economy waned, the city welcomed a shift to the aerospace industry with the arrival of Boeing in the 1960s. Though aerospace hasn't proven to be the recession-proof industry that was hoped for, Boeing has remained an important presence in Everett. The arrival of electronics corporations such as John Fluke Mfg. and Intermec spurred economic growth in the ‘80s, but downsizing and layoffs took their toll in the ‘90s. 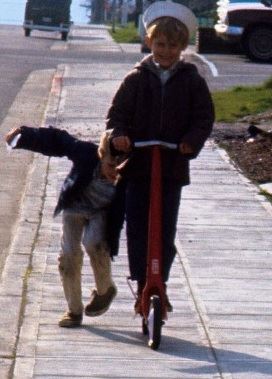 Everett's past is present today in the many historic buildings and residences that still stand. Restoration and rehabilitation has given new life to older neighborhoods and Everett's central business district. In the 1990s, government plans for a Navy homeport came to fruition; Naval Station Everett now commands a prominent place on the city's waterfront. Construction and development continue to add vibrant new features to the downtown landscape.

Today, Everett supports a healthy economy, utilizing the pluses of aerospace, telecommunications, computer technology, electronics, health care, tourism, education, government business, and numerous small businesses. Citizens and city officials are working on plans for the former Kimberly-Clark mill site. Early proposals indicate a desire for the waterfront to remain a center for industry and shipping. Time will tell how Everett will continue to change to meet the challenges of a 21st Century global economy.

View All
/QuickLinks.aspx
Catalog
Get News and Alerts
Account
Book a Meeting
Ask a Librarian
Support the Library
Connect With Us: